Building on the experiments that have guided this space of a proximate bible thus far and listening to the counsel of my committee, the remainder of this project will argue that the infinity and anarchy at work in the proximity of the face in Emmanuel Levinas’s writings suggest a difficult materiality that can offer bible an afterlife beyond print as new media interface.

My use of ‘difficult materiality’ here is an extension of Levinas’s notion of ‘difficult freedom.’ His collection of essays by this name, Difficult Freedom, translated by Seán Hand, begins with an epigraph that quietly signals the role of materiality and bible in his thinking. The epigraph reads, ‘Freedom on tablets of stone (Tractate of Principles 6.2).’ Pursuing a media ‘afterlife’ for bible is a direct invocation of Walter Benjamin’s essay, The Task of the Translator, translated by Harry Zohn. The anarchic and palimpsestuous notion of afterlife in Benjamin’s discussion of translation (see Task, p. 71) shapes my own approach to media translation in this project.

In his understanding of bible as book, Levinas already offers a model for meaning that takes seriously the material encounter of reading as a bounded opening. 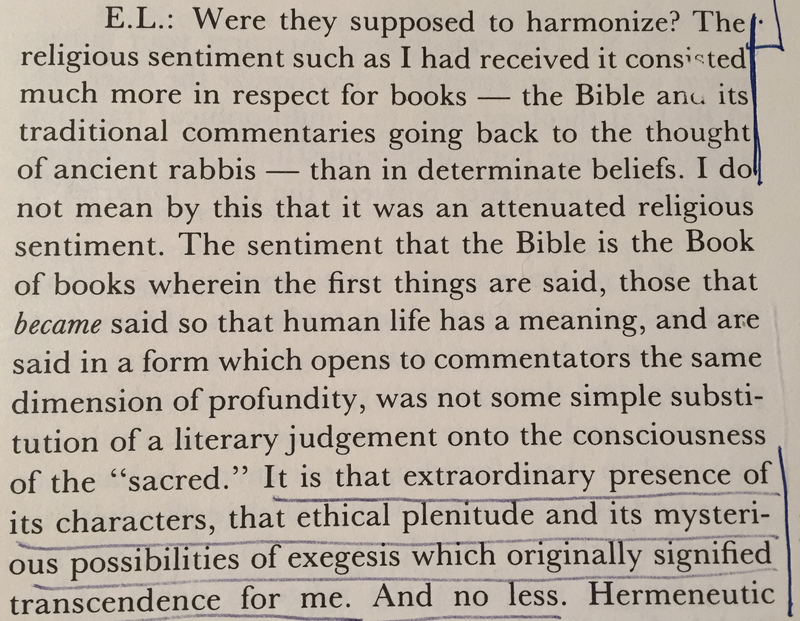 Working from this passage in Ethics and Infinity and its contact points with other places in Levinas’s writings, I will demonstrate the possibility of translating this bounded openness of bible as book, ‘that extraordinary presence of its characters, that ethical plenitude and its mysterious possibilities of exegesis, which originally signaled trascendence,’ into an emerging media interface (see reading interfaces for some preliminary reflections on this). I will begin with a close look at the notion of proximity as a materiality in Levinas’s exposition of the face to face encounter. Based on this difficult materiality of proximity, I will suggest a materiality for online spaces that challenges the common distinction between face-to-face and online (the seeds of this conversation can be found in proliferation of faces and reclaiming the face to face in a digital era). With these philosophical underpinnings, I will then offer design principles and sketches toward bible as interface that translates the religious sentiment of bible as book into our emerging media age (mediating proximity offers hints in this direction).